Unidentified Crying Creature is a strange alien creature making bizzare noises as it hovers near it’s nest of old electronics. It was a performance art project in a course and exhibition where old electronics were reused to create new machines. 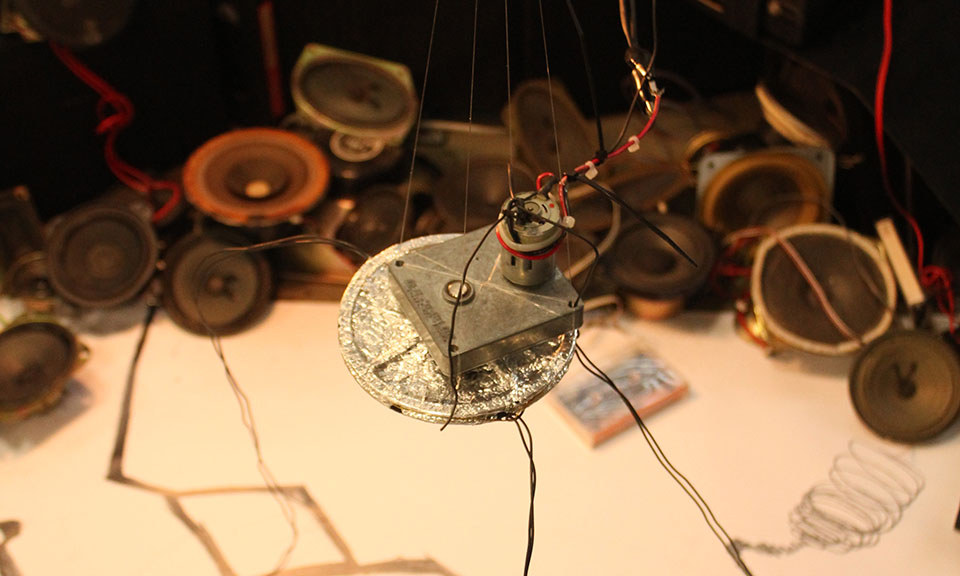 The project was under the course, Devices of Perception at Bauhaus University Weimar which dealt with visual perception of old devices and suggestively giving life to these outdated devices. The installation is made of an astable 555 timer circuit and the motor powered directly by the power source. The rotating movement of the motor and the metal legs touching the graphite generated variable resistance, which in turn creates different sounds. 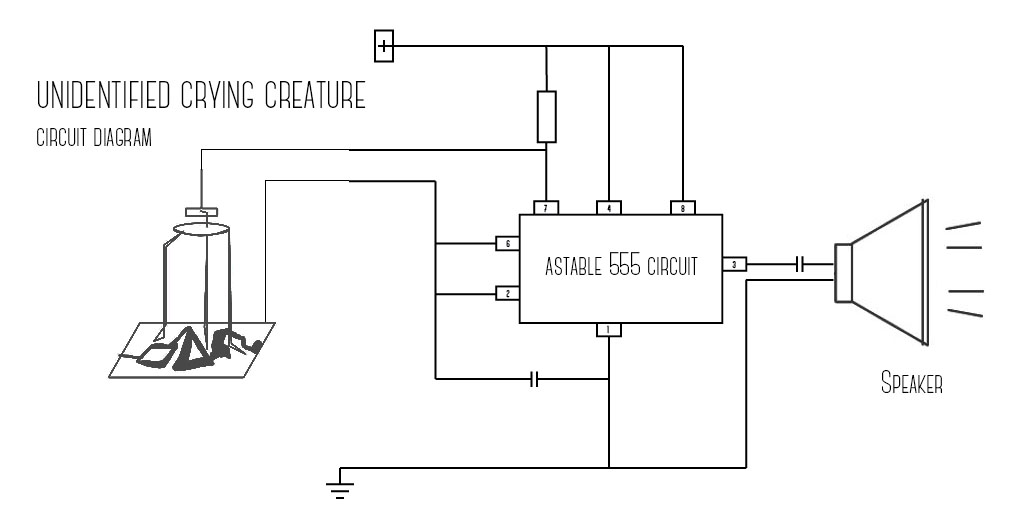 The participants were given a basic introduction to electronics and circuits, and were then asked to deconstruct and explore old devices. In the end, they would build a machine supporting their perception and develop tools to communicate their ideas. It emphasised on a bottom-up approach to electronic systems through experimentation, deconstruction and reverse-engineering of common-place technology. The following themes or topics were explored in the course:

The idea of creating an alien with the electronics came from the screechy noise generated from variable resistance with the output to a speaker. Graphite on paper was used as it created the path on which the metal legs rotated triggering or controlling the squeaky noise. It also created the opportunity for people to change the path of conductivity by drawing on the paper themselves, thus including participation of the audience. 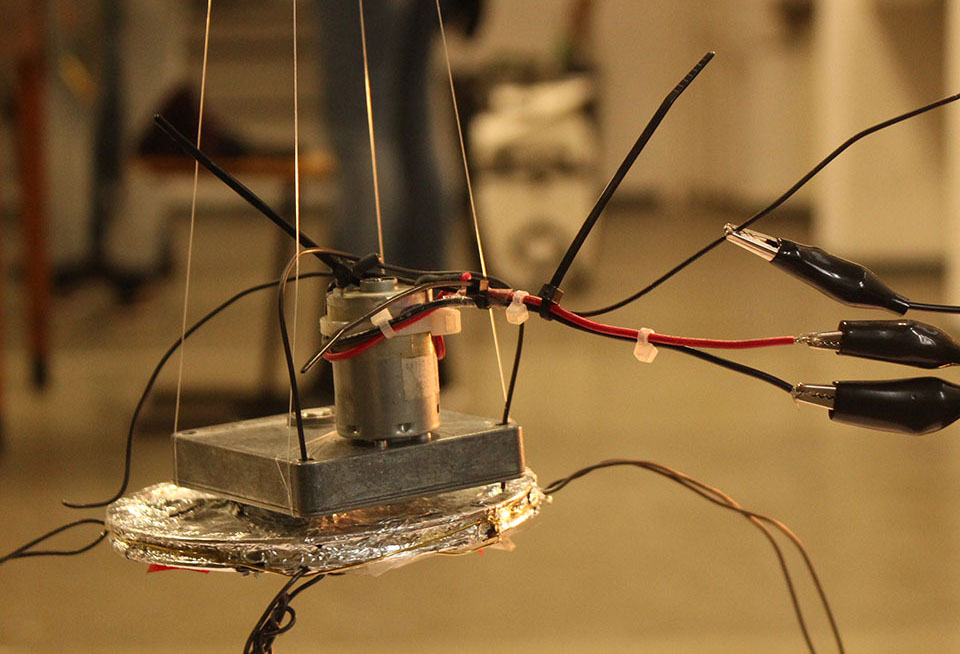 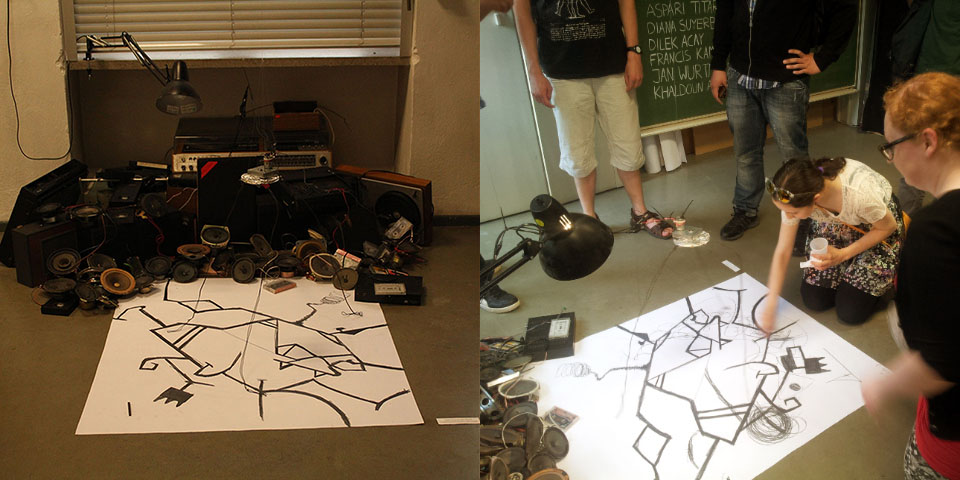 The following video illustrates the functioning of the installation:

The exhibition was a unique one with strange noises and electronics all around. It truly created a space where these electronics dwelt and in a way came to life as well. The video below is a small tour of the exhibiton: