A concept of multiple installations to collaboratively create a digital painting with inputs from people as well as nature thus creating art of the city by the city. The intention of the project was not to generate computer graphics but an artistic rendition of movement and interaction in space. The project aimed to inflict a sense of unity in its participants. 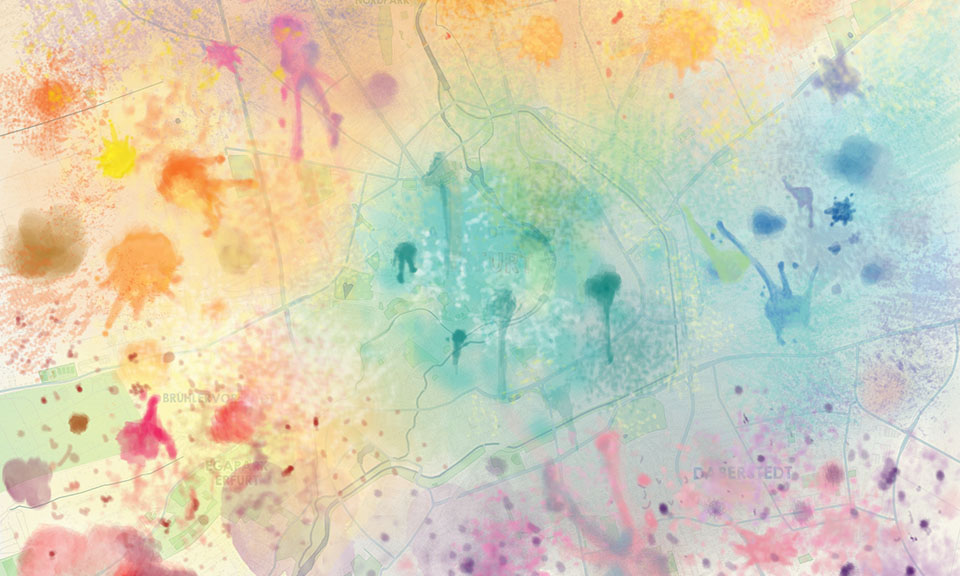 This project was in collaboration with Apasri Titatarn and Ting Shen.

Paint Breeze is an installation concept and prototype for Interface Design 4 at Bauhaus University Weimar. With the aim to explore the use of Fingies platform, it is an art installation based on the concept of live collaborative painting from data captured by participant’s mobile devices, wind sensors and DIY RGB sensors. The result will be an artwork made by collective inputs from human interaction and nature. 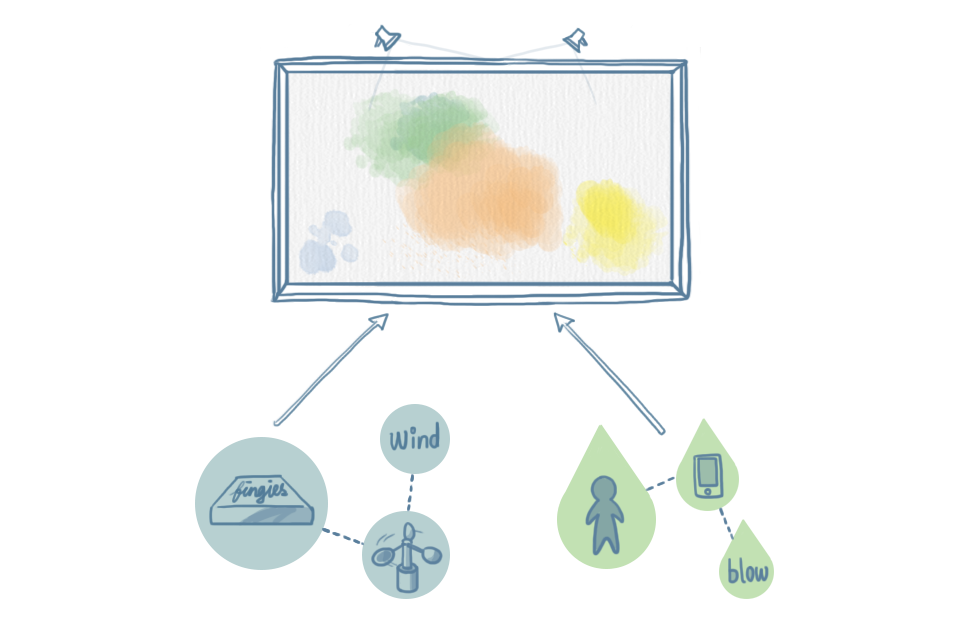 The project has the following elements:

At the sub-stations data collected from wind sensors and RGB sensors is sent to the primary location. The RGB data decides the colour of the paint and while the wind sensor determines the direction the paint will spread on the painting. The RGB data retrieved is also used to generate an output on the other side of the sub-station. The other side has a map of the city with LEDs. These LEDs display the simulated light close to the colour of the object scanned before. Below is a picture of how the paper of the map could look like.

The sub-stations also have a poster with a QR code which can be used by the people passing by to interact with the installation. Once connected, a drop of paint shows up on the painting. As people blow into their microphone the paint spreads on the painting with the intensity of the sound generated by the microphone and in the direction of the wind from the data collected from the wind sensor. The video below shows a test of how colours might spread by two smartphones logged on to the website. The touch sensor has been used in this test instead of the microphone and the artwork is not the final design.

Although this project was a concept and only components of the actual installation was realised, it brought colours and electronics together in the form of evolutionary art. The complete documentation of the project can be found here.