An experiment to intervene an online digital space and explore human behaviour by allowing free access to a computer remotely. Attempts were made to try and identify the patterns that visitors followed. 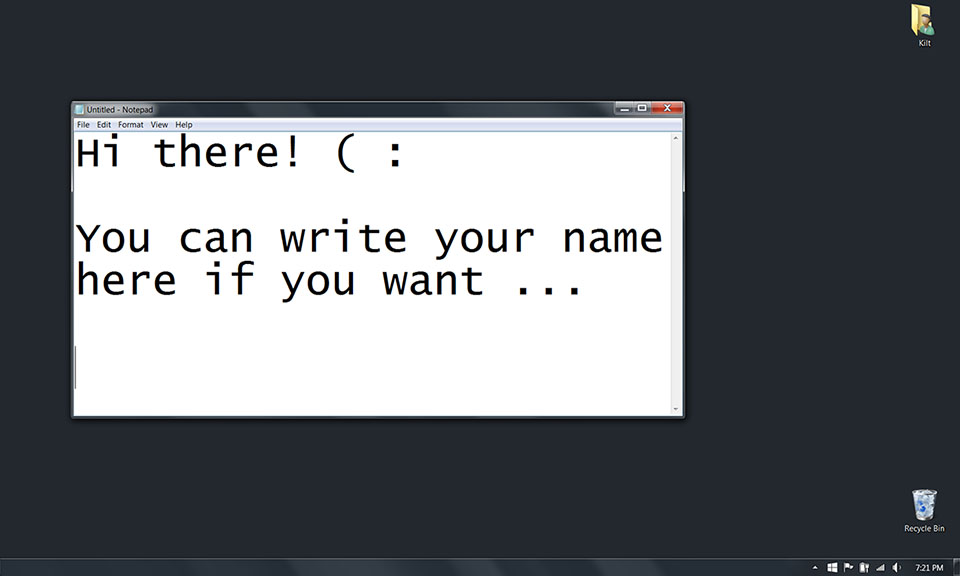 The workshop which led to the realisation of this experiment was held by Angela Washko. She introduced the participants to her methods of intervening an online space and then guided them to come up with their own approach of doing so. Following were the basic guidelines:

In the last few years 9gag.com has built a community of (mostly) witty and intelligent humour. I was curious about how I could intervene such a form of social media and engage the users in an experiment related to privacy and vulnerability. The idea was to make my personal computer accessible to everyone in order to observe the interactions that strangers make on my system.

The following image was posted on 9gag, imgur and reddit with the title - FREE ACCESS - Control my Computer (Just for Fun) 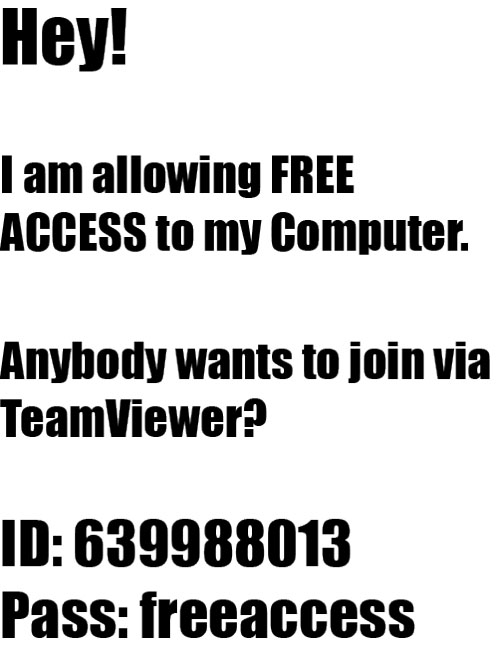 Within minutes of posting the image on the websites, I had visitors and the first person who came in introduced himself as Satan with an intent to bring hell to my computer. I was recording the session, but unfortunately due to technical problems the video was not completed. 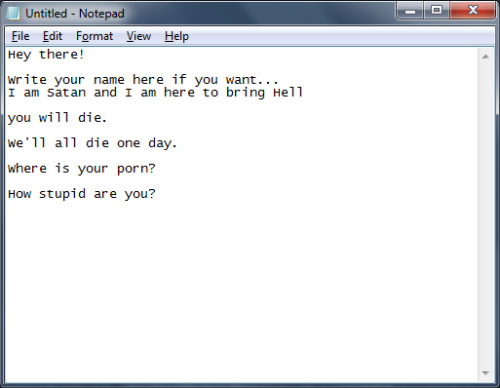 By the time we were having the above conversation, multiple people had joined and they were all trying to control at the same time. Funnily enough somebody did find the “Porn” folder, checked its contents and decided to rename it to “Hardcore_Porn”. While many others tried to format my C Drive, and I had to interfere silently at times. A very strange guest played this particular video on the computer and then left. But soon my computer was forced to restart and some suspicious script seemed to have appeared in my system startup. So it took me a while to get the system back and running again. The video files were lost. Below are the comments from the first 9gag post: 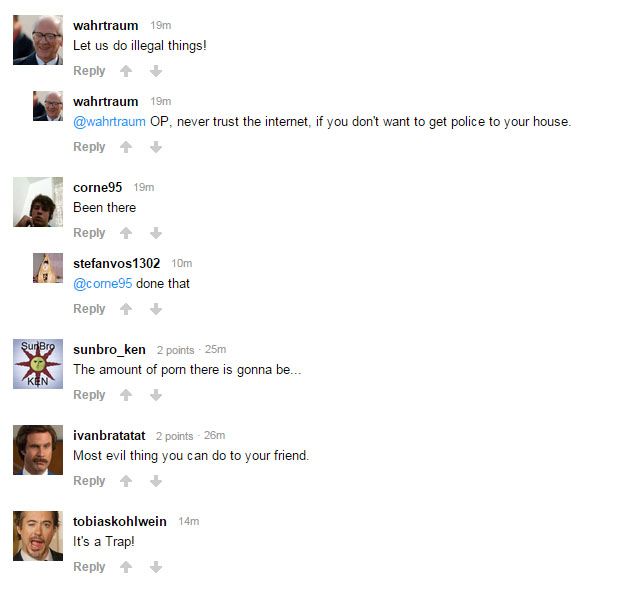 With the initial attempt failing to produce a video, I went at it again. Due to inactivity in 9gag post, nobody was joining inspite of leaving the connection open. So I posted again and I had activity. Branco was the first person to come in and unusually enough, he decided to actually have a conversation. Below is the video:

Soon the more common crowd came in and all they wanted to do is delete files. Somebody even started a file transfer session. It was quite a mess; here is the video: 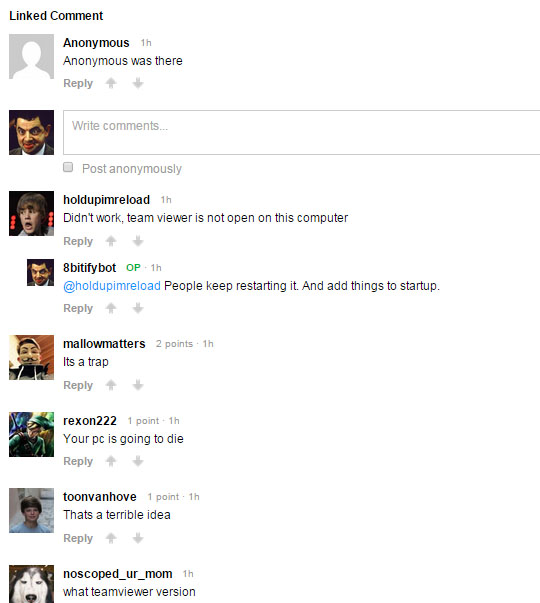 At the end of the workshop, Angela and my colleagues joined my connection as a performance with the intention to guide how the visitors interact. Below is the video of a guest connection to the open computer during the performance:

This was one of the most unusual experiments undertaken my me and left me with an insight on human psychology.